Test Cricket
Back to Events 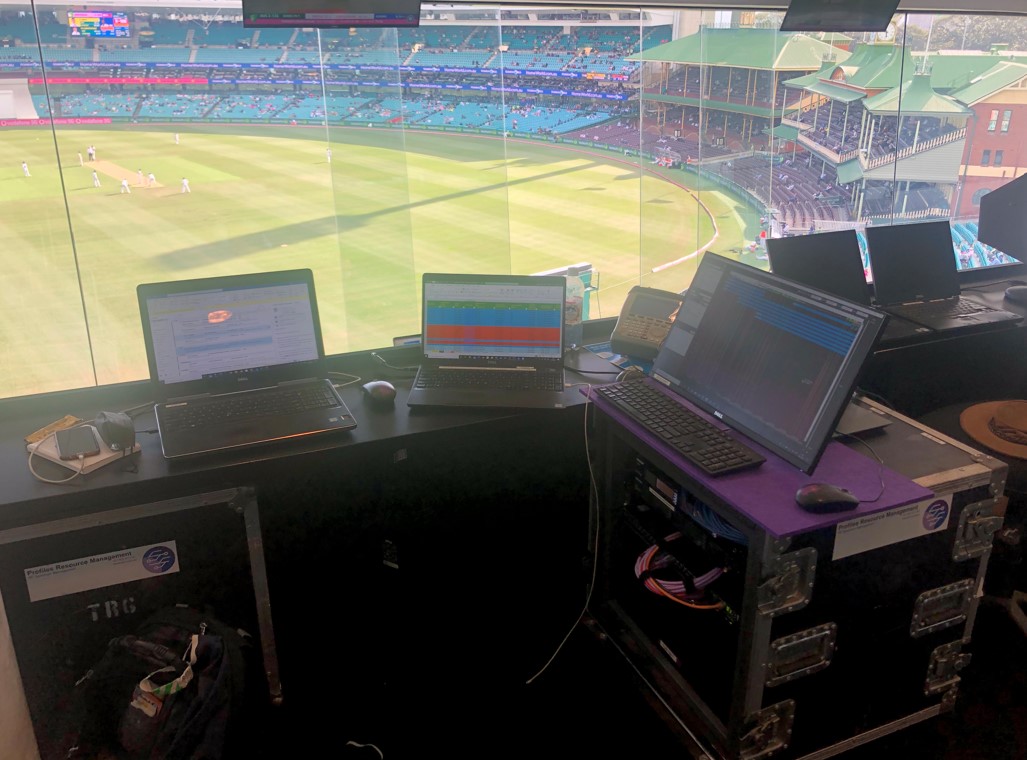 Why does the reputedly genteel sport of cricket need RF spectrum management? At PRM we were thinking the same when we embarked on our first tour in the summer of 2019/20.

Typically the Men’s International Test Series’ is played over five tests in each of five cities across Australia and lasts up to five days so systems have be designed for a quick turnaround.

There are two Australian television broadcasters and an international contingent as well as radio broadcast, live entertainment, on ground two-ways etc.

The complexity of the project is driven by the broadcasters each having hosts, interviewers and guests to enhance the commentary in addition the the stump mics to capture the on field action and occasionally a few words players would have prefered had not get to air. All of these technologies are driven by RF and require spectrum management as well as the normal wireless communications, IFBs and camera links. A typical test match in Australia has over 250 frequencies under management on any day.

As with many of our events, the best planning can be compromised by the unknowns, so we engage with the news media to ensure that crews arriving at the grounds are using compatible frequencies, and additionally we monitor the spectrum and patrol looking for any crews that have arrived without warning.

Cricket also comes with a lot traditions. One of these is the Pink Day which is a fund raiser for the McGrath Foundation and is held on Day 3 of the Sydney Test each year. There is a lot of additional entertainment and activity around the Sydney Cricket Ground on this day which invariably requires additional wireless devices.